This summer I got all nostalgic for the Hurricane Season of ’95. I was 20 years old, listening to punk, working in the back of restaurants and getting on the non-stop hurricane swells that were lining up off the equator. I saw Sublime and Quicksand that summer on the first Warp Tour and it set the tone for summers to come. 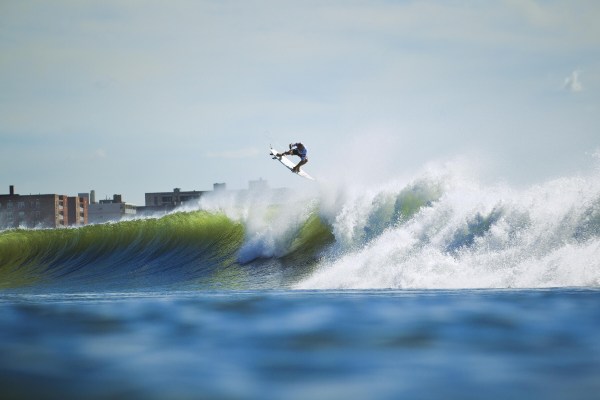 In honor of the 25 year anniversary, Surfer had me put together this piece on the Five Best East Coast Hurricane Swells of All Time

“It’s been 25 years since the great Atlantic Hurricane season of 1995, a summer of 19 named storms that ushered in a pattern of heightened tropical activity. It was also the end of the analog age, a time of relative naïve digital innocence before the world wide web gave us more data and swell coverage than we knew what to do with.

Chantal, Felix, Luis, Marylin, one after another, groundswells blended together with local windswells to produce one of the most unforgettable seasons in east coast surfing memory. Kelly Slater was campaigning for a third world title that year, but all we could think about was our next session.

In honor of the silver anniversary of this all-time run of waves, we’ve compiled a list of five of the most epic east coast hurricane swells of all time. This is not by any means thedefinitive list, as everyone has different criteria for what constitutes “all-time”. Maybe you surfed Sandy Hook and remember its golden moments. Maybe, as Hurricane Gloria skirted by in ‘85, your uncle drove you to a random sandbar in Carolina Beach with a used In the Eye thruster, and you swear it was better than any French beachbreak. Hurricanes can bring ample swell to one section of the coast while inflicting widespread destruction on another, making these lists largely subjective depending on who you’re talking to.

After speaking with a handful of east coast surfing legends, we’ve arrived at a general consensus of which 5 hurricane swells are likely to be the most notable. “