This winter we had a great project lined up for Red Bull around winter surfing in New York and New Jersey but alas, there was a huge pandemic spike in December and there was no way to hold a live event in January. Instead we had to make the change and make this an online project.

See the full piece at RedBull.com.

Working with the Red Bull editors, I helped identify five year-round surfers in the region who are not pro but have interesting stories. Editorial and events around the top guys will always have a place in surfing but what I liked about this was highlighting people who have jobs, families and responsibilities and continue to push it all winter. 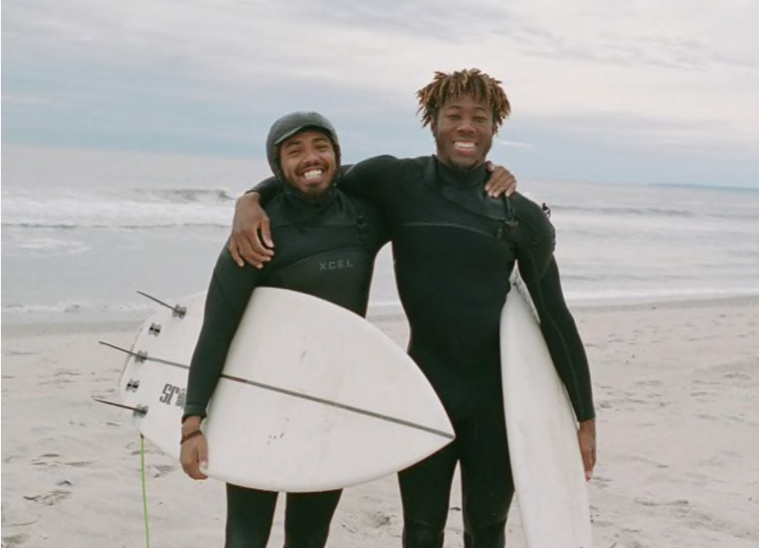 “…Surfing fairytales never include a wetsuit that has frozen overnight on the railing where it was hung to dry. Travel websites don’t describe a murky brown overhead set dragging you down to the depths in 38-degree water. When we happen upon a surf contest on TV, the beach is teeming with tanned bodies, not snow and salty slush.

But for any surfer on the storied coastline of the New York/New Jersey area, the reality is quite different. If you’re going to get waves and progress as a surfer, it will mean getting into an ocean that is (in every sense) the polar opposite of what many people believe are regular surfing conditions…”

We featured Ryan McGrath of Manasquan, the Dayton Brothers and Quest Solimon, a ripping NYC skater who I did not know prior. One of these surfers was my longtime friend and LBI local charger, Nick Rossi. I’ve been writing about him since he was about a junior in high school surfing and wrestling for Southern Regional.
We told this story for the first time. 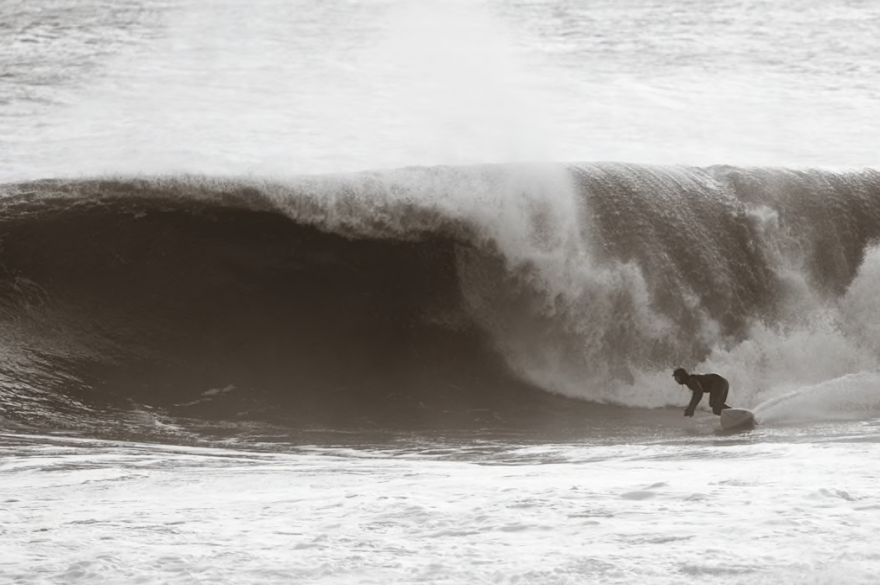 “…Not every cold swell has a winter wonderland ending. On one such blizzard, Rossi and a friend were hustling to get in the water as the wind switched and cleaned up the surf before the early dark.
“A buddy of mine got his truck stuck in the snow so we shoveled him out in our suits, rushed up over the eroded dunes that had become a cliff over the beach and jumped down.”
But with so much accumulation, Rossi didn’t see the snow-covered dune fence below.
“I basically hung myself upside-down, with my foot stuck in the fence,” he remembers.
The mishap left him with a broken ankle, limping in the frigid wind, three beaches down to where the storm hadn’t eaten away at the dune as much. He had to climb up injured and hobble back to his truck before he could even get to the hospital.
And even with all the hardships, when blustery nor’easters churn up the surf at his local breaks, Rossi’s motivation is certainly not lacking…”

Really hoping we can expand on this next winter.
By Jon Coen|April 13th, 2021|Editorial|