Joe Sib is the co-founder of Side One Dummy Records, the guys who have put out record by 7 Seconds, the Gaslight Anthem, Flogging Molly, the Mighty Mighty Bosstones, the Casualties, and Title Fight, and are still releasing amazing work from Pup, Restorations, and Chuck Ragan.

Sib is still running the day to day ops at Side One Dummy, but in addition to the day job, he’s got a little stand up comedy career. A lot of his material is based on his experiences in the punk scene. Some folks in independent culture take themselves too seriously, so he’s really refreshing. Of course, our conversations were funny as hell and we both had stories of being grown men and saving important emails from Ian MacKaye. Read the full profile I wrote for Huck Magazine.

In a scene that encouraged everyone in the room to participate, Sib took it a step further, starting his own bands. He went on to tour as the frontman for Wax (with a 1995 video by Spike Jonze) and later 22 Jacks. But Sib’s living legacy is LA’s SideOneDummy Records, founded with friend Bill Armstrong. Over twenty years, they’ve released albums from Flogging Molly, Title Fight, Gogol Bordello, Andrew Jackson Jihad and Jeff Rosenstock and 7 Seconds – bringing the circle of influence full circle.

“I wouldn’t be where I am without punk rock and experiencing that whole ride. It’s funny because I know so much about the Ramones, or the Damned, or the Adolescents, but I wish I could trade some of it in for world history,” laughs Sib. “I need the amount of information a normal forty-seven-year-old man should know. But maybe if you met a doctor, he would wish he knew stuff about music. He just knows about blood vessels and brains.” 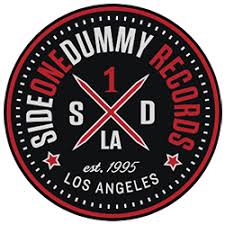