First off, if you have any interest at all in fishing, check out Angler’s Journal. It’s an amazing magazine with gorgeous photography and really thoughtful stories. 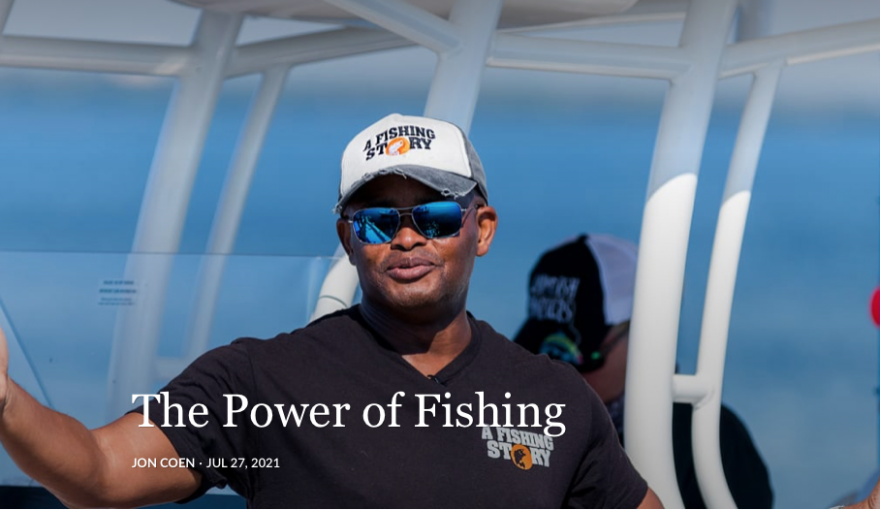 It’s actually crazy that I should pen a story for such a publication, or any fishing magazine for that matter. When they asked for my bio, I included “Jon Coen knows enough about fishing to know that he knows nothing about fishing.” They edited that to soften the blow, but it’s true. I absolutely love striper fishing in the fall, but I am a novice at best and I mostly get shorts late in the season when most boats are getting winterized and I’m out in the freezing Atlantic with the December crew. 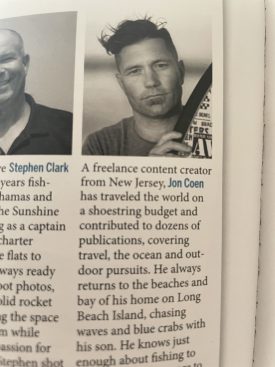 Read my full feature with Ronnie Green at the Angler’s Journal.

This story came about last year in the midst of the social reckonings around race. I make no attempt to hide the fact that I feel racism is a significant part of our history that needs to be reckoned with and I am vocally against systemic racism and any hate in our community. Around that time I interviewed a prominent Black surfer about marginalized people in our shared space. That story never saw the light of day on account of Surfer Magazine folding. In chatting with my old friend Jeff Moser, who is an editor at the marine titles for Active Interest Media, he asked if we could find a similar voice for one their boating titles.

That’s when I came across Ronnie Green, an inspiring African-American angler who has a great show called “A Fishing Story with Ronnie Green.” What a personality for this show. 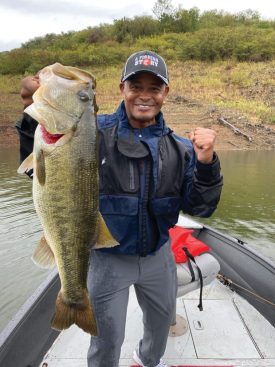 I had an incredible interview with Green about his life and people of color and their participation and acceptance in the outdoor world. Some of the voices in the mostly white boating world run from subtle racist overtones to outright hate. Green has a fantastic way of discussing it, taking the high road and fostering conversations that can help us get past it.

As an African American, Green says he encountered incidents of prejudice in the military and corporate America. “But in the fishing world, there was more,” he says. “In order to become a Marine, there is a breaking down of the narratives and belief system you had about other people. You came to understand that we are all one as United States Marines. It’s similar in corporate America. You have to have a degree and experience or a transferable skill set that allow you into that portal.

“Those two examples are very specific because you have a vetting process,” he continues. “In fishing, everyone is qualified. You can’t do personality profiles. Some people in the fishing world have never been exposed to a person who looks like me.” 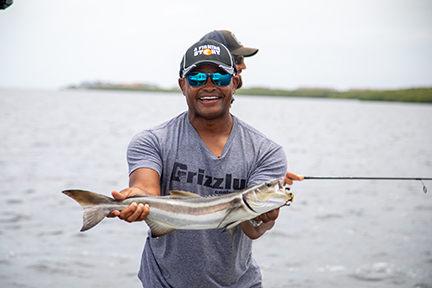 Green once fished with a White angler who’d never encountered a person of color. He could sense the man’s discomfort, and it came through in their dialogue. He tells another story of a Florida apparel startup that reached out to someone who had been a guest on an episode of A Fishing Story to ask: “What were you doing with that n-word on that n-word show?”

Green takes the high road. “What my mother and my father taught me, and I remember it to this day, is that when someone is uncomfortable with you, the root is insecurity,” he says. “That can facilitate racism or jealousy. At the end of the day, there will always be poor people, and that has nothing to do with anything financial. My dad used to call it poor in spirit, poor understanding of people outside yourself. Poor self-esteem is a catalyst for hate.” 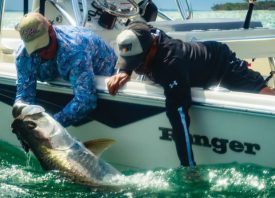 So this is my first contribution to a fishing magazine. As unlikely as it is that I should be contributing to the media of this world, it was at least a fitting topic. And there’s another feature in the works. Huge thanks to Ronnie Green for his enlightenment and much gratitude to Editor Bill Sisson (who I learned has a background in Northeast surfing), Angler’s Journal and all the fishermen and brands supporting diversity on the water. 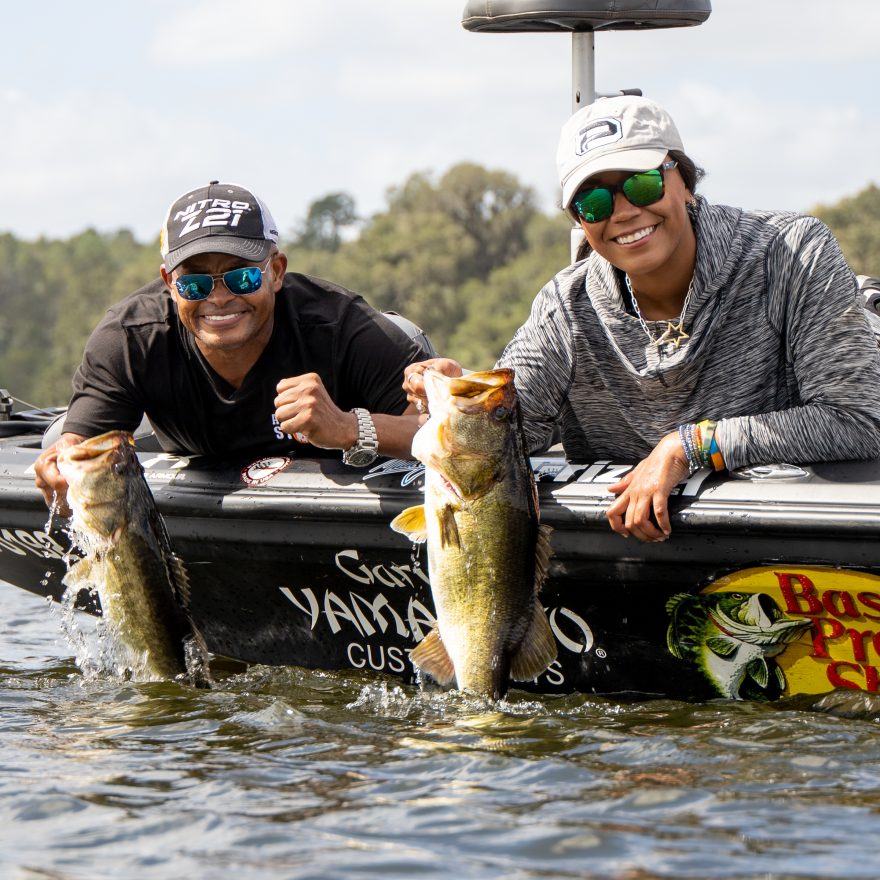