For the first time in 22 years, Long Beach Island does not have a tattoo shop. The town of Barnegat, however, just got a new shop with a solid legacy.

Dan Binai opened Right Coast Tattoo in Ship Bottom 14 years ago. Set back from the Boulevard in one of the cut-outs, the shop flourished right along with the industry that saw massive growth from the mid-2000s.

The shop had a consistent year-round clientele. Summers always saw traffic from visitors – family members or friends who would come in for small pieces or souvenir tattoos while on vacation. There was a steady stream of board shorts and bikini top walk-ins.

I have been consistently  getting work from my friend Dan Binai at Right Coast Tattoo for over ten years. And I would occasionally just pop in there to chat. Most recently, he has been working on a chest piece for me. So, it was a real disappointment to learn that his building was for sale and he would have to move his shop. 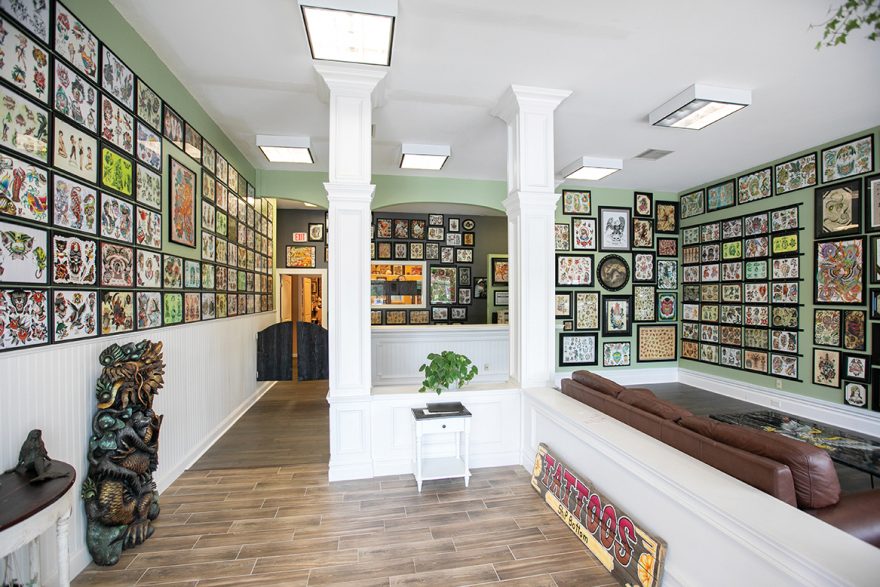 “It was an old building still owned by the couple who built it. We fixed it up and stayed 14 years with a well-built local client base,” said Binai.

He apprenticed at and then worked at Eternal Image Tattoo in Lanoka Harbor. Tattooing is one of the few trades where formal apprenticeships are still standard. When Eternal Image opened its Ship Bottom location in the late 1990s, he began tattooing there, cutting his teeth when tattooing was growing from bikers, rockers and a few blue collar tradesmen to a more mainstream culture. He struck out on his own and opened Right Coast in 2007.

But as of late 2019, Binai learned that the owner of his building had passed, and it was for sale. He couldn’t financially justify buying it during the real estate surge and began looking elsewhere. 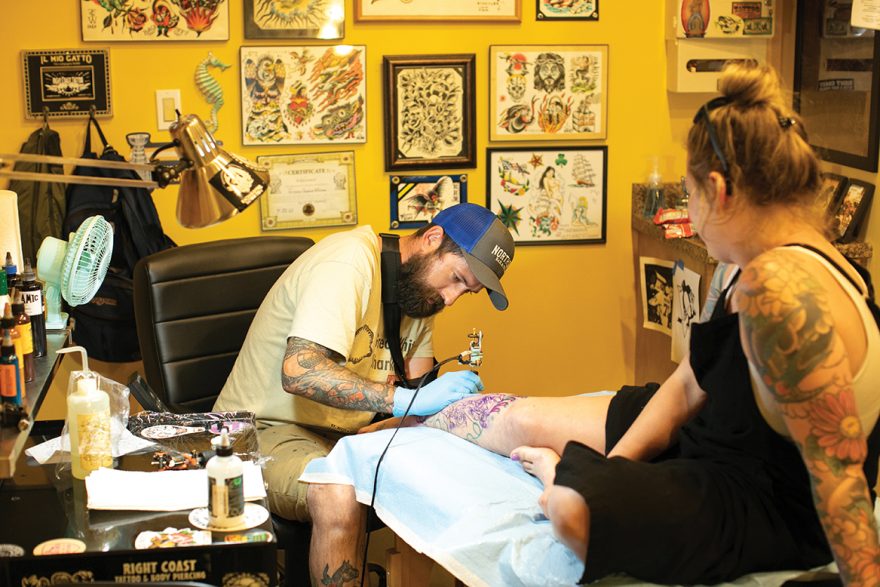 “I searched up and down the Island, but nothing was available that was worth doubling my rent for. People think LBI is a gold mine for businesses, but it’s a really fast three months of good income and then back to the norm, which is typically slow,” he explained.

There wasn’t much available in Ship Bottom. He found available retail space on the North End was out of the way for most of his clients. Beach Haven had the foot traffic, but just a little too much happening in the summer.

And so, Binai, with his two artists, Terrence “TC” Williams and Tara Keefe, moved shop to 34 South Main St. in Barnegat in the same plaza as Big Barlow’s BBQ and Electric Barber Shop. His needles stopped buzzing in Ship Bottom for the last time in March, and they went into the new space with guns blazing. Catching up from the down time has kept them plenty busy since they opened on May 19. 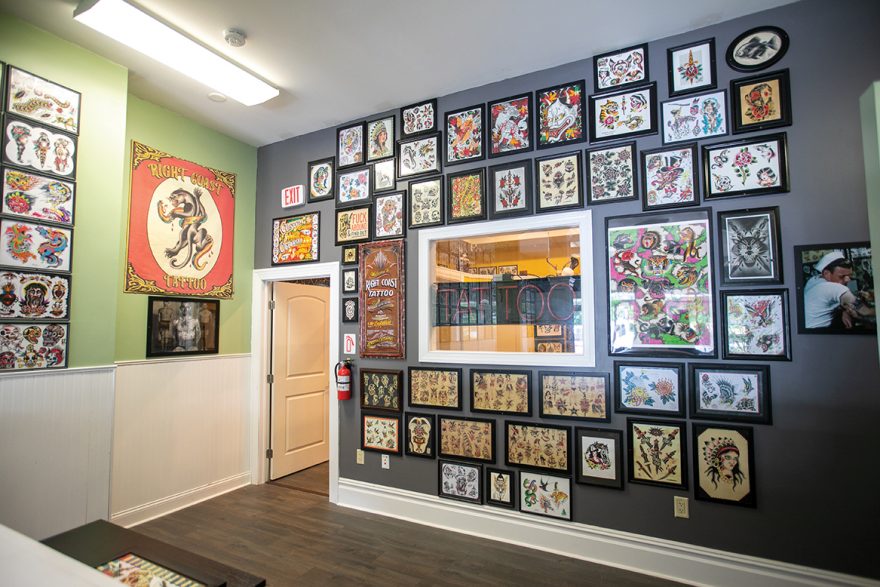 So I can no longer hop on my bike and go get tattooed. But this is part of a bigger story of a changing island and how my friends are getting priced out of their homes and businesses.

Read the full story in The SandPaper.