Started off the year getting a piece on a conversation with John John Florence published at Men’s Journal.

The first time I spoke with Florence he was about 13, coming out to surf the Belmar Pro. His mother is from Ocean Grove and he still has family there. The next time we met he was 15 and we chatted in his treehouse, out behind his Mom’s place at Pipe.

This could be a very interesting year for Florence, who currently sits at the No. 1 spot and launching his new brand “Florence Marine X.” 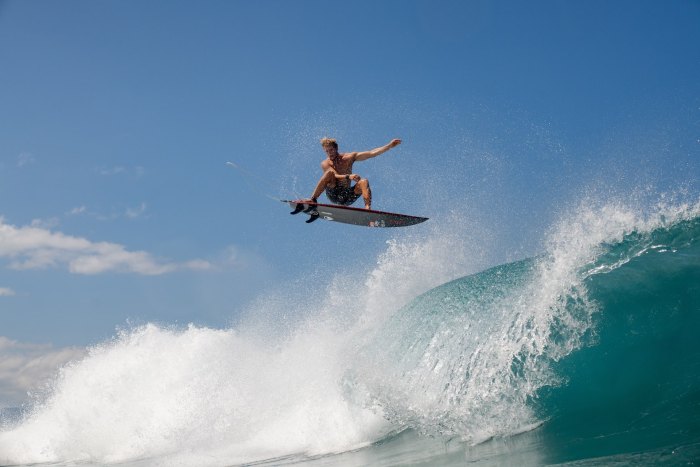 “….And it has his name on it, which sets him up for more reward, but also more risk. For one thing, he will be the only ambassador. (Will anyone else on tour want to rep a company named for a guy they have to surf against?). That’s all right for Florence, who focuses on “the excitement of getting the gear in the water and thinking, ‘yeah, we built this to do this,’ knowing that it’s going to withstand and last.”

2021 will be huge because he now clearly has financial skin in the game, a bit of a concern should the global economy not come bounding back. But it seems that Florence is genuinely enthusiastic about his product.

“We’ve been working on what we want to make and how we want to make it,” says Florence, “There’s been a lot of work on testing, developing samples and making things that last in ocean environments. It takes some time to get it right to have a launch ready for spring and summer.”

Florence’s obvious role will be endorsing the gear, but also hands-on testing materials, and putting the gear through the paces, jobs he thoroughly enjoys.

“I think everyone has their goals and ideals of what they want to do with their brands,” he adds. “There are so many different perspectives of surfing. And for the brands that just focus on surfing, I think that’s totally cool. In my life though, I’ve found a lot of love for the ocean. It’s through other things as well. I want to do a brand based on all the other aspects of being in and around the ocean.”

Lastly, there’s the little matter of the Olympics in Japan, rescheduled from last July. Florence will surf for the U.S. team. Should that run, it would bring surfers to a global audience. By August, could JJF be pushing Shaun White/Mary Lou Retton-level recognition?”

This is the full story.