Ok. Not the same as being on the North Shore in Hawaii but it was cool to talk to Jack Robinson and Cliff Kapono.

The Vans Triple Crown of Surfing is a 35-year long tradition on the North Shore. But unlike everything else that had to go virtual, the change this year may have actually been good for the event as it allowed flexibility around swell/spots, gave the women a Triple Crown platform, opened it up to different boards and ways of riding and allowed for some underground chargers to be part of the fun.

Watching LeBron win his third world championship in the bubble doesn’t compare to seeing him play your city. Livestreaming Bad Religion’s 40 years of music isn’t nearly as much fun as bouncing around a sea of humanity in front of the stage.

But if there’s one event that has benefited from a pandemic pivot, it could be the Vans Triple Crown of Surfing. The Triple Crown has a storied 35-year history, an annual celebration of three Hawaiian breaks. It’s one of the most coveted titles in surfing. But simply watching the top 100 guys ride the same kinds of boards and tracking their cumulative results is a somewhat narrow view of wave riding.

When Vans launched the virtual Triple Crown, it was a refreshing reboot to the old event. Still sanctioned by the World Surf League, surfers upload two clips from each of the three Triple Crown venues—Sunset, Haleiwa and Pipeline—to be judged online. The season saw some groundbreaking clips submitted, and current Mens World Championship Tour No. 1-ranked surfer John John Florence and Womens No. 2-ranked Carissa Moore are the first-ever digital Triple Crown champs. 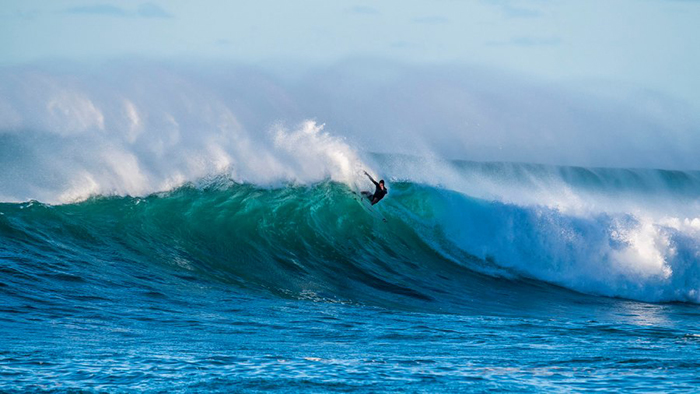