Last Saint Patrick’s Day, I set sail with a few thousand punk rock misfits and Irish hooligans aboard the Salty Dog Cruise – Flogging Molly’s annual voyage out of Miami to the Bahamas with an amazing lineup. Three straight days of seeing Rancid in a small venue and floating around on rafts in the Caribbean with Fishbone watching Flogging Molly, plus hanging with Frank Turner, Christopher Ellis, and The Street Dogs. 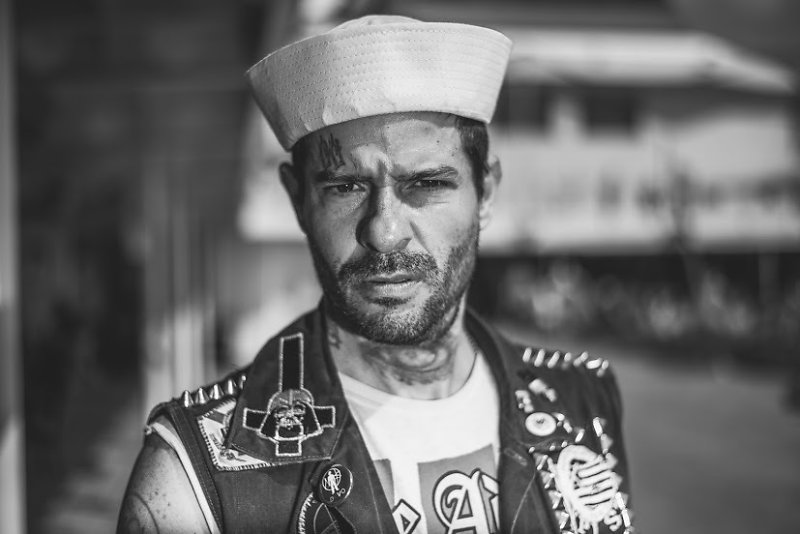 The feature ran in Inked Magazine Issue 76. In case you missed it, you can read my full feature, Ship’s A-Rockin’ here at Inkedmag.com.  This was easily one of the best assignments of my life.

“The ship’s stewards—tall, distinguished Norse men in pressed white sailing suits— began to cajole the masses. They herded mohawks and green fedoras, pin-up girls and skinheads, chubby weirdos in Speedos, and miles of tattooed limbs, all while maintaining a smile. Once assembled, the spike-belted mob broke out in soccer chants and squirt gun fights, calmly quelled by the stewards until 2,000 people simultaneously learned how to put on a life vest.

Somehow we got through the drill. When the leather jackets, pirate wenches, checkered Vans, and half of Boston were all back on the pool deck, the cruise director welcomed everyone to the Sail Away Party. Then, as Norwegian Cruise Line’s Sky cruised past the southern point of Key Biscayne, Frank Turner commandeered the mic. “Ladies and gentlemen,” the English punk folk singer declared, “We are on a fucking boat!” The assembled misfits raised their glasses with a roar like the sea.”

23 years of seeing Fishbone, seeing them on a beach in the Bahamas was jus surreal. Frank Turner is literally the least pretentious musician I have ever met. And I pretty much avoided the pool since there was free booze 24/7 and no one ever seemed to go to the restrooms.

We are actually on the front page of Inked today. The article features some really amazing images of the crew of characters by Rich Johnson and Caleb Morgan of Spectacle Photo. Huge thanks to Flogging Molly and CA Management for getting me on the boat and Inked for running such a great piece.